So I've been testing out my original Thai Jerky recipe with no sugar, and now also trying to lower the sodium. It seems there are numerous folks that would like to eat jerky but can't do to sugar content and high sodium. A while back i did the no sugar thread. Liquid aminos are used to replace soy in many recipes and claim to have less sodium. But one needs to pay attention to the serving sizes. As lined out below Bragg Liquid aminos has more sodium than Kikkoman Soy sauce!

So here is the Original recipe (for no sugar you don't add sugar.)

Here's the recipe for 1 pound I just multiplied by 5.

For this experiment I picked up a 3# Eye round roast. The butcher did a pretty good job removing most the fat and silver skin. I did remove some more but it wasn't much.
I sliced the roast into 1/4" thick slices. I weighed it all out and then divided it as evenly as I could into to batches. Each batch was around a pound and a half. I use grams so that I can do the math easier.

In both of these tests I replaced the soy sauce, removed the sugar all of the other ingredients remained the same. I did not add any other dry spices.

Used my normal method of smoking with cherry wood.

Lets look at some numbers All of these are based on the 1 tablespoon of soy sauce in the recipe.

Bragg Liquid Aminos has: 960mg per tablespoon (note the serving size is listed at 320mg per teaspoon)

So the overall winner would be the Coco Aminos. Bragg also has a coconut aminos and its comes in a bit lower than Big tree at 140mg/teaspoon, but it also has 2 grams of sugar. So the clear winner for lowering sodium and not adding sugar is the Big tree Coco Aminos.

Then there's the big number Fish Sauce. It rolls in at 1490mg of sodium per tablespoon. So for this recipe that's 2980mg of sodium total.

I've left out the Cure #1 as its all Sodium, just two different types. Since I always use it in my jerky it will always be there.

I cant say how much of the sodium actually transfers from the marinade to the meat. My low budget home jerky operation can't afford lab testing.

In batch #1, I used Bragg Liquid Aminos. The flavor of the Braggs is very close to Soy sauce. The jerky was definitely saltier tasting than the batch with Coco Aminos.

Overall If I was looking to lower the sodium I would use the Coco Aminos. I will continue to use the Kikkoman Light as I have been for the past several years. You can't go wrong with experimenting now I have two more bags of Jerky! 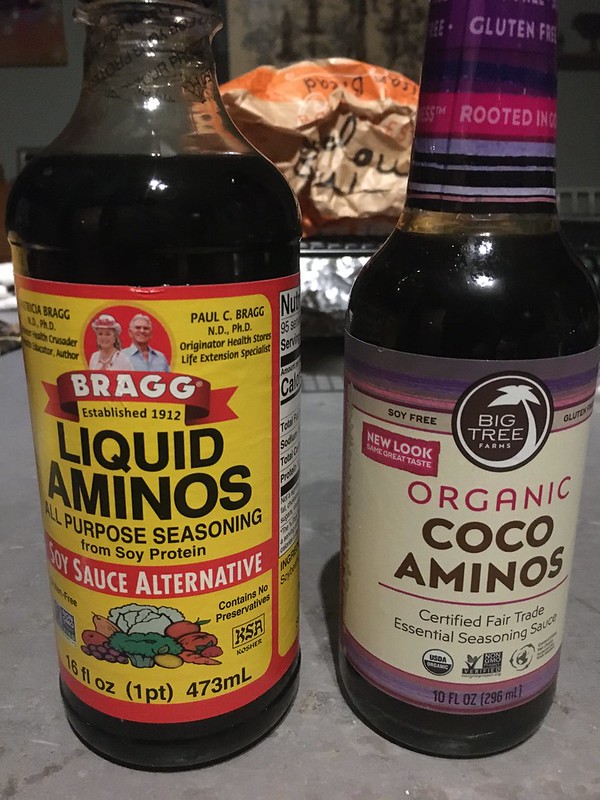 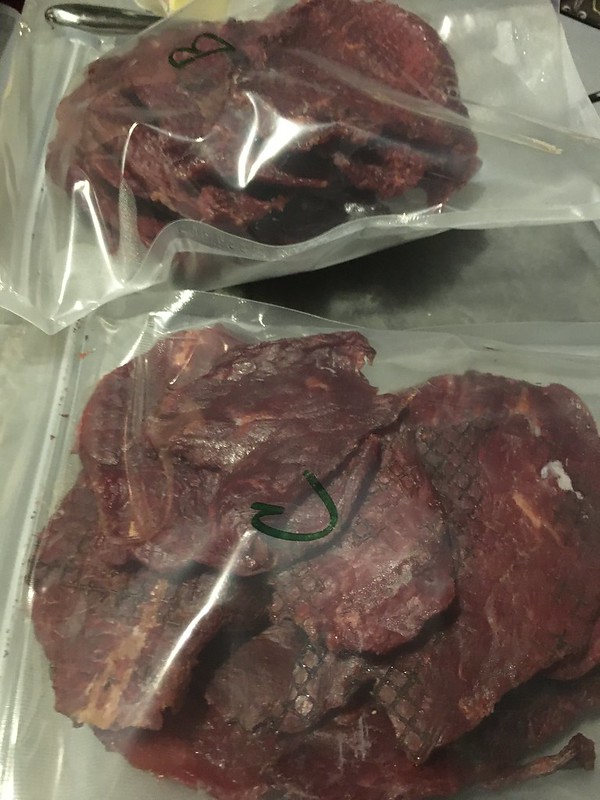