I've been researching offset smokers over the last couple months, and while I was about to settle for an Oklahoma Joe Highland, or an Old Country Pecos due to some issues with my yard, I knew I would never be happy with either for very long and I finally talked myself into just going for what I really want, a Kat BBQ Smokers 48" reverse flow. While I haven't been able to see a 48 in person, I saw a 36x20 Kat, and was really impressed at the build quality, it was just a little smaller than what I want. The owner who's had it for 4 years has nothing but great things to say. Everything I have read from other Kat smoker owners is the same, everyone raves about how great the build quality is and that they couldn't be happier. Everyone also says that Ken, the owner of Kat is a great guy to deal with and extremely honest/ethical. While Lang, Lonestar Grills, and Shirley also make amazing offsets that everyone raves about, Kat happens to be less than 100 miles from me in Modesto CA, and will deliver the smoker to my door and get it into position in my yard for an extra $150, which is way cheaper than what it would cost to freight ship any of the others, and after doing my research on all of these brands its a happy coincidence that I also just really like the Kat more. And I've even seen comments on another forum from Shirley that he and Ken are friends and that Kat builds a great smoker and he's even sent Ken business because he doesn't ship much this far west.

The only dilemma, is they offer two different 48" models, a 48x20 and a 48x24 and I'm really having a hard time making my decision. As I originally mentioned in this thread https://www.smokingmeatforums.com/t...es-highland-for-a-first-offset-smoker.294768/, I have some issues with an extremely narrow entrance to my back yard. There is a 2'x2' stucco post in my front yard that the smoker has to pass next to, and the clearance besides the post is exactly 25", so only 1" to spare for the 24" model. The rest of the way into the back yard has little more space but not much with the next most narrow section of the walk way being 28". I talked to Ken about it, gave him all of the clearance dimensions, and sent him detailed pictures of the entire path the smoker will need to travel. He guaranteed me he can get either one into my back yard, but in the case that I need to move it later (and I will at some point when I have concrete work done) I'm not sure how much trouble I'm going to have moving it. He told me the 48x20 is about 450 - 500 lbs, and the 48x24 is closer to 700 lbs.

In my heart, I know I would really rather have the 48x24 as this would be an investment that would last decades and better to have a little extra space than to wish you had gone bigger, and Ken also told me he has had people get the 48x20 and say they wish they had gotten the 48x24, but he has never had anyone get the 48x24 and say they wish they had gotten the 48x20. I also don't want to end up with a problem on my hands though. I've never tried to move something that heavy that's on casters, so I have no frame of reference to how difficult it would be. He did tell me he can put extra large casters on it and add a second pull handle on the top of the firebox so I have a handle on both sides for two man maneuvering, but not sure how much of a difference that will make. In the end, I'm wondering if the extra space of the 48x24 is worth it, or if I'm better off going the safe rout and getting the 48x20 even though I feel like I'd be settling a little bit.

Here are the two I'm looking at: 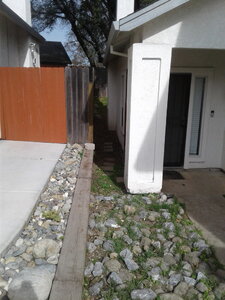 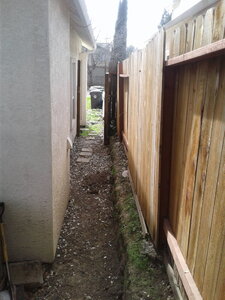 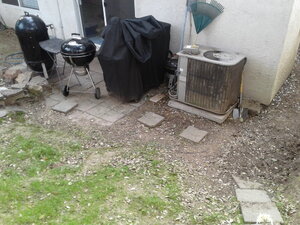 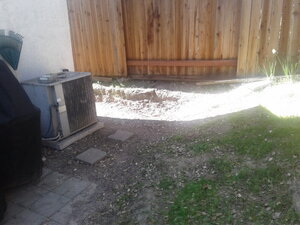 Have you considered giving yourself more room by temporarily removing the fence?
That could save you some headache when you bring it in or take it out.

ChuxPick said:
Have you considered giving yourself more room by temporarily removing the fence?
That could save you some headache when you bring it in or take it out.
Click to expand...

No, because Ken is telling me he can get either one into the backyard. My concern is later on down the road when I need to move it myself to have concrete work done. Not sure how difficult that will be. And I'm not sue my neighbor would be ok with taking the fence down temporarily anyways.

I guess my issue is that part of me is telling myself to go the safe route and get the 48x20 which will be less of a headache in that situation, and the other part is telling me that once delivered it will rarely need to be moved until I do the concrete work, and that going with the 48x20 is making a permanent decision to settle for less than what I really want.

This is where I'm coming from. I was trying to provide a possible solution to your dimensional constrains. If it is weight issue then that is a different situation all together.

ChuxPick said:
This is where I'm coming from. I was trying to provide a possible solution to your dimensional constrains. If it is weight issue then that is a different situation all together.
Click to expand...

It's really both.... an extremely heavy object (but on casters) that needs to be moved through a very narrow passage.

It's kind of hard to tell from the photo, but there is also a 1.5 foot retaining wall on the other side of that stucco post because my neighbors property is on a higher ground than mine, so that is where the 25" clearance comes in to play... between the post and the retaining wall that separates my front yard from my neighbors front yard. I do very much appreciate your suggestion though, I know your trying to be helpful.

Get the 48x24. So you can fit ribs on the top rack without turning sideways.

Also a couple sheets of 1 1/2 inch plywood ripped down and about 3 railroad ties with added wood on top will allow you to use that retaining wall as space. Just need to keep moving one sheet and tie ahead as you pass over it. It’s doable. But if Ken is putting it in your back yard none of that is your concern. Get the 48/24.

How big a crowd and how much meat would you ever have to cook that the 20"er would not do the job? With the handle welded onto the firebox you and a friend might be able to move it around a little bit, but not easily until you get some concrete poured. 1452 sq. in. of cooking space is most likely more than you'll ever use. Bigger isn't always better if it means using more wood to keep the fire up and impossible to move around, and 450 lbs is going to be easier to move than 700. Of course if your heart is set on the 24"er go for it. I have tons of room on each side of my house, I like the 20". RAY

Definitely go with the bigger model it will decrease your chance of regrets. I don’t see any negatives to it. I don’t think wood consumption will be any different for 20” vs 24”

The 20" pipe models tend to be mighty cramped in cross section. I think you would have buyer's remorse after you fought that for a short time.

To solve that problem Lone Star Grillz eliminated their old style 20" pipe grills and replaced it with 20" series that use a hexagonal cross section that yields much better grill cross section and space. In addition the firebox on the LSG is much more multipurpose than the KAT. The LSG has much better wheels as well and would be helpful in getting it down your narrow plywood tiled alley. It also appears that you would pay a premium of $500 dollars on list price for the KAT vs the LSG. Granted the freight cost will be more but there's no sales tax on the LSG. 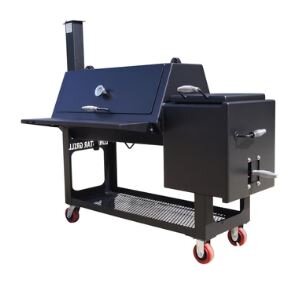 Forgive me for encouraging you to be certain that the KAT is the right answer for your situation.

That is a narrow space. Have you considered or is it possible to move it thru the house? I have moved both my Yoder (400#) and my Klose (650) thru my house be cause of soft uneven terrain down the sides. Lay down some particle board or plywood to protect the floor. Have a 950# cookr comoing and will do the same thing.
Good luck! Frieght for my LSG cabinet is $560, so you're lucky.

Thanks for all the help everyone!

You will enjoy that cooker. It appears to be very well built.

Congrats Kevin, it should serve well for many years to come! RAY

You made the right call. Congratulations

Good choice! Now when does it arrive?

Good luck, I hope they can get it in there for you.

Thanks everyone. The wait time is 8-10 weeks so I should have it around the beginning of May.

I spoke to Ken last night and he told me he did not want to push me in one direction or another, but he told me again that as long as my measurements are correct, he is positive he can get either one into my yard. So I got the measuring tape out and confirmed all the measurements and it should be good. In a worst case scenario I will have them bring it through the house as recommended by ofelles.

Congrats on the new pit! I wasn't really familiar with this pit maker until very recently...he definitely makes some good looking smokers! And it's really nice that he's right there in Cali so you don't have break your budget with freight charges from Georgia, Texas, etc.

And for what it's worth, I believe you chose wisely. As torn as you were about whether on not to get the bigger one, I suspect you might have always regretted it had you settled for the smaller one.

Looking forward to seeing some of your cooks on that bad boy!