Finally got to use my homebuilt ABT racks

Finally tried out the racks I built a while ago. As I feared, the holes are too small for large jalapenos, especially when wrapped w/ bacon. 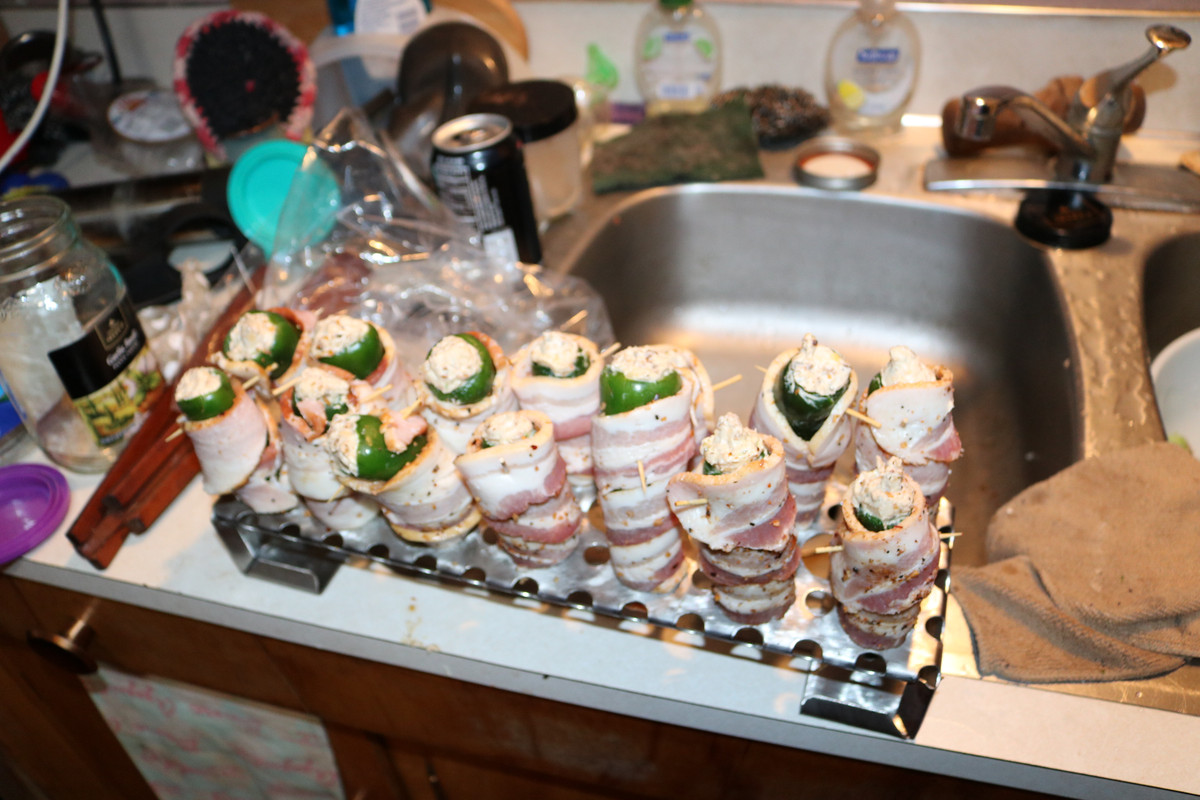 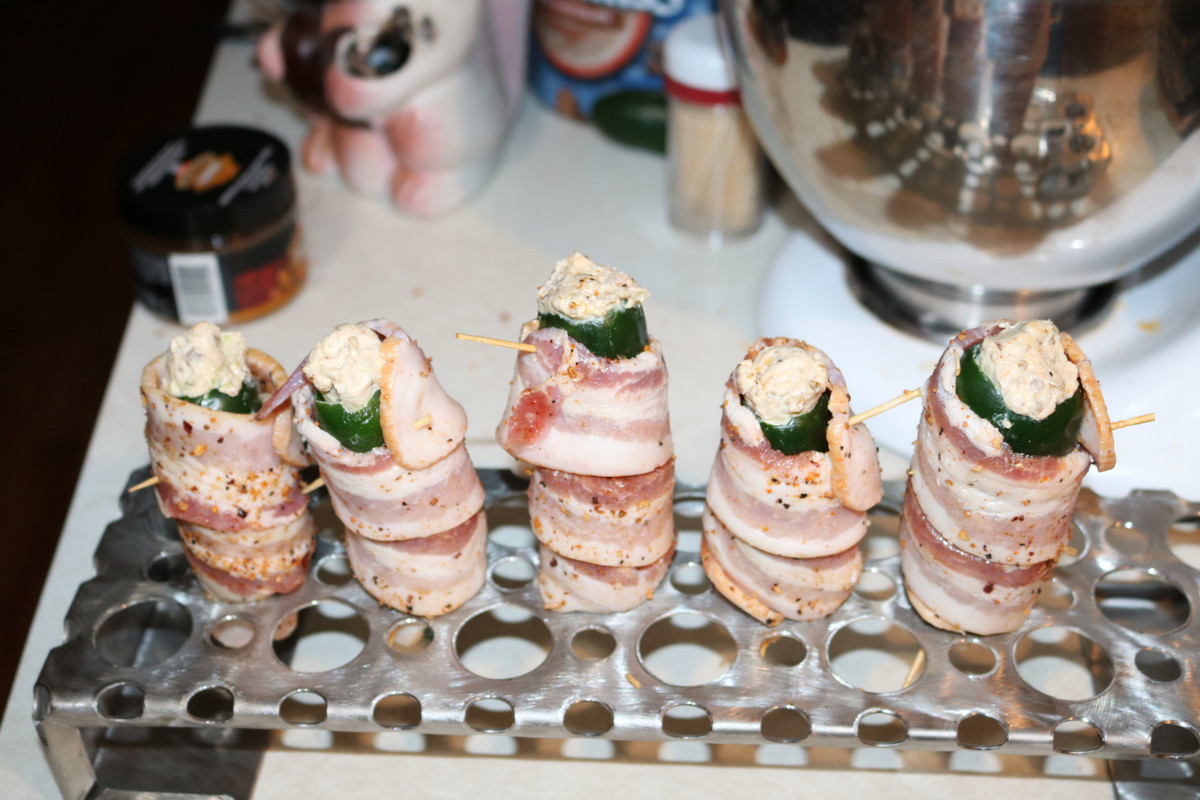 Hard to tell from the pics, but the peppers are barely in the holes and are prone to tipping.

The filling was simple as this was a first run, proof of concept if you will.

It consisted of:
Three large link sausages, a little over a pound total weight. Browned and broken up small.
About a quarter of a large onion, chopped & browned.
3 packages Neufchatel cheese (it's what the wife had in the fridge).
Roughly a quarter pound of shredded cheddar
3 Tbsp McCormick Cowboy rub
(this yielded enough for probably 25-30 peppers, as I was only making 20 I have some left over I need to think of a use for)

This mix spent some quality time in the Kitchenaid getting softened & well mixed.

Some in-laws got me a handheld sausage stuffer last year, made filling the peppers a quick and easy process.

I didn't have thin sliced bacon, so had to do what I could with the thick stuff.

The Traeger faulted when I shifted from "smoke" to 300*. Things had cooled a bit before I noticed, so the cooking time was extended to make up the difference. 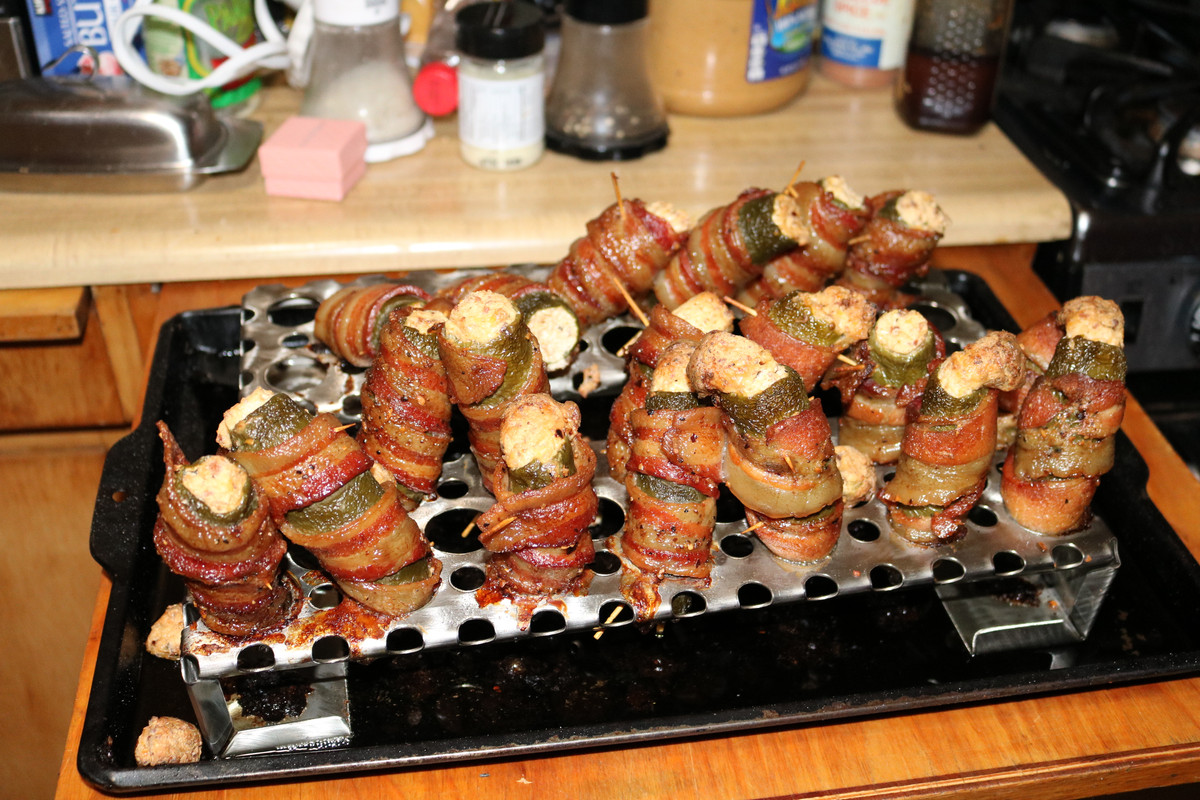 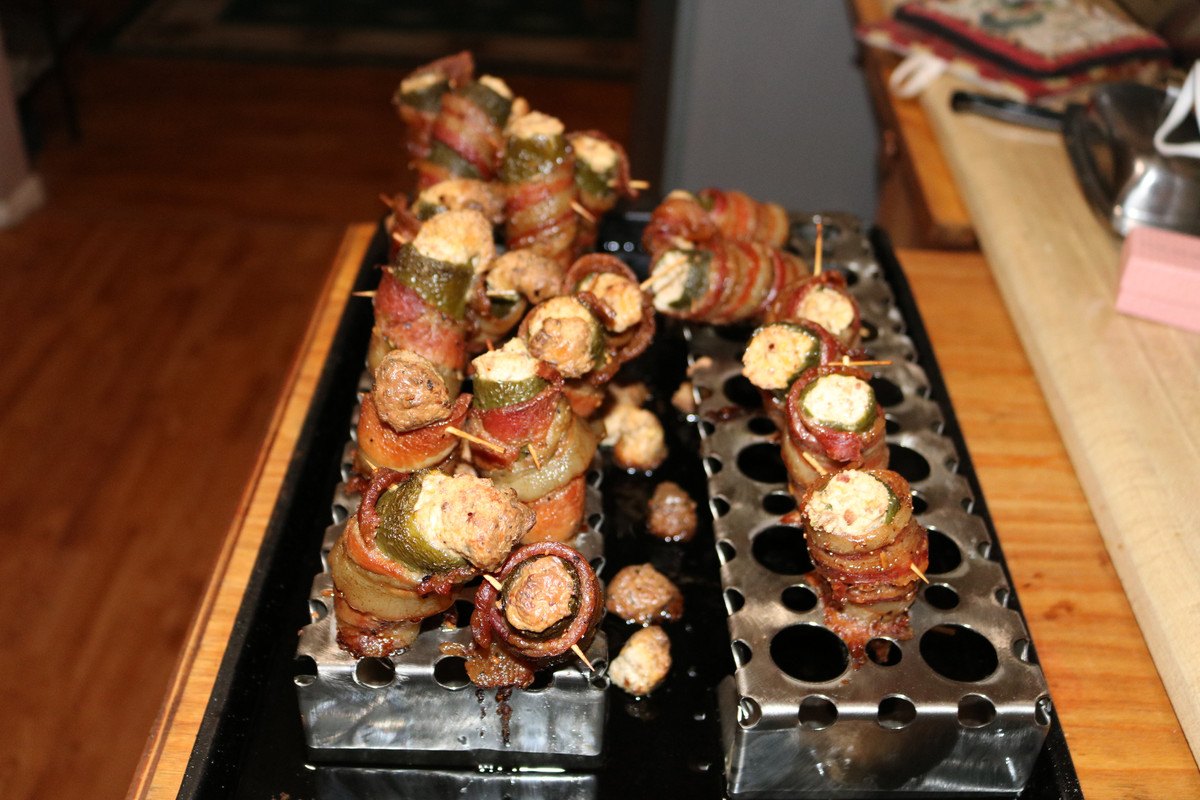 As you can see, the peppers were trying to fall out of the racks, this is why the cookie sheet as I didn't want to lose any of 'em to gravity! Notice the "turds" of filling that pooched out the top of the peppers & fell to the sheet, a little extra greasy from laying in bacon grease, but still tasty little nibbles. lol

I'm thinking another set of racks with larger holes and more space between will be a future project.

Gotta love prototyping when it involves having to eat the "failures". (these don't really count as failures, they came out really good!)

BTW- I just checked a preview of this post, the link to Amazon for the sausage stuffer seems AWOL. If anyone wants that link, message me and I'll get it to ya'.

Nice work on the stands. The ABTS look great. I can't help but think a staND with Spikes to hold the peppers would work but have not found anything like that...JJ

The holes in the racks are 1 1/16", which is the largest I can punch on the ironworker at work. Any future racks will have to either be done with the plasma torch or hole saw. In stainless the plasma may be my best option. If I go that route I'll probably make the holes triangular or something other than round to allow grease to drain away from the food while cooking.

Any input from those who have traveled this road before me is obviously welcome.

I had to Google ABT and nearly snorted my coffee. ;)

Nice I could go for those.

Warren
You must log in or register to reply here.

My version of KC Caviar