Cooling food to keep bacteria to a minimum, a two stage technique... A reminder during this holiday season... Most people know that cooking food is an important step in food safety. But what about cooling food? Cooling gets less attention than cooking, but it can be every bit as important.

The FDA has specific regulations for cooling food safely. These regulations are often called the two-stage cooling process since they’re usually taught to food workers as two stages. Understanding the regulations are critical for all food handlers.

Training food workers
Breaking up cooling guidelines into two stages can make them easier to remember. On the other hand, food workers who learn the guidelines as two stages might misunderstand some things about the regulations. For instance, some food workers may mistakenly take one hour to cool food in Stage 1 and take five hours to cool food in Stage 2 (which is too long). Other food workers might forget that they don’t need to start the clock on their cooling until food enters the Temperature Danger Zone at 135°F (57°C). Learning to properly train employees on cooling techniques is integral to food manager training.

Just knowing the regulations doesn’t mean food workers will follow them. The best way to ensure proper cooling is to make sure food workers understand the reasons behind the rules. It all starts with the temperature danger zone.

As food is cooled, it passes through the temperature danger zone, giving bacteria time to multiply. If left out to cool, cooked food can become unsafe in a matter of hours. The cooling step gives bacteria a chance to multiply to dangerous levels—if bacteria growth isn’t controlled while food cools. That’s why the FDA guidelines are so effective. These guidelines ensure that food passes through the temperature danger zone quickly so bacteria don’t have a chance to make food unsafe.

Proper cooling methods for food
It can be tricky to cool a large batch of hot food. Strategies for cooling can help take the heat out of the situation.

Editor’s note: This post was originally published in September 2014 and has been updated for freshness, accuracy, and comprehensiveness
Reactions: schlotz, sawhorseray, noboundaries and 3 others

For large pots of stews, gumbos and soups, I place the pot in the sink and pack ice around the pot with the sink stopper in place. Stir the pot every now and them to cool down fast.....

I'll be doing this later today when I make 4 gallons of smoked chicken and andouille gumbo for the family Christmas party which is the following day on Sunday.
Reactions: mike243 and Mr. Zorg

I liked the idea of freezing a drink bottle, with water in it, and insert it in the center of the pot..
Reactions: indaswamp
W

Useful post! I've heard of a dangerous temperature zone where bacteria reproduce best. Because of such articles on forums, I am sometimes afraid to order takeaway food without conducting a test that determines the quality of food. I'd instead protect my life and health just in case than eat poorly processed and frozen food. Some people believe that only frozen ready-made food can have dangerous viruses or bacteria. But not only can there be bacteria in frozen French fries, but they can also even be in coffee or frozen green peas. No one knows until they check and do a test. It scares me.
Last edited: Jan 21, 2022

I have a bottle called a Rapi Cool. It has 4 fins of sorts which creates twice the surface area of a round bottle. So it freezes faster, an works faster when cooling food. The long neck makes for a good handle when stirring a stock pot. They make another model that has a screw-on neck which allows for you to add chunks of ice. 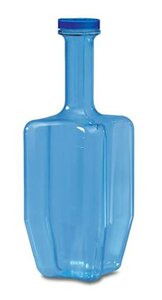 Immerse yourself in our wide selection of immersion wort chillers. Coiled copper or stainless steel tubing sits inside your boil kettle to cool your wort.

Roseville, CA, a suburb of Sacramento

It was an interesting post; I didn't know much about it and thought it was not good for food. It seemed to me that since I freeze food just in the freezer, it retains all its nutrients and useful things in it in the normal raw state. After I passed the food intolerance test from intolerancelab.co.uk I had to exclude any meat from my diet, so I began to prepare cereals and vegetables and grind them in the refrigerator. Have I been eating spoiled and useless meals?
Last edited: Mar 15, 2022
You must log in or register to reply here.

Dextrose- How Much? A Tutorial For Italian Salami

Pathogen information at your fingertips on our ‘bug’ sites By Bill Marler on April 15, 2021