Well, that cook/smoke was much longer than anticipated!
After bringing the chub in the smoker to a desired temp of 135°F, I transferred it to my large turkey poacher to finish the cook. Lo & behold...the chub was too big for the poacher!
Oh well, back into the smoker went 'Goliath the Bologna.'
Kicked the smoker temp upwards to 170°F to finish. The big chub finally reached the desired IT (internal temp) of 154°F at...1:00 in the morning—some 13.5 hours in the smoker!
Next, into the ice bath and then wipe down, and then hang in the fridge overnight.

Today, I broke out the heavy, dense bologna log and began slices pieces off one end...
Color looks good; densely colored outer skin (smokey!), uniform texture—slightly coarser than the store-bought emulsified bologna. Texture reminds one of cotto salami or Lebanon bologna. For a smoother, more 'emulsified' velvety bologna texture, I would recommend the food processor approach (small batches at a time with plenty of ice). A few air pockets (holes), which are not totally unexpected, but overall, a very even texture. Fried? MMmmm-mmmm! Tasty! As much as I like a good cold bologna sandwich, frying up this bologna is really where its at! Not greasy; yet salty & sweet with a bit of char. Pass the mustard! Thanks for viewing, guys!
I hope you found this thread at the very least, informative, and maybe it gave some the desire to use the recipe listed here and make a batch for themselves. Just remember, the bigger the chub, the longer the cook time required!

Man I could really go for a fried bologna sandwich with mustard right now! What a long haul on the cook but looks like it was well worth it! Awesome end product!

MMMMmmmMMM! Pictures are worth a thousand words. After I have finished salivating, I need to add this to my immediate list to make. The local market has butts on special for 3 days this week for $.97 per pound, what's the I hear? Opportunity knocking!!

That looks great. Well done and I need to try the recipe.

couger78 said:
I transferred it to my large turkey poacher to finish the cook. Lo & behold...the chub was too big for the poacher!
Click to expand...

I laughed out loud at this remembering when I did that for the first (and last) time.
Thanks for the recipe Kevin, I'll definitely give this a try.
Last edited: Jan 23, 2020

Beautiful bologna! Air packets? Not really... You just cannot avoid having them in this kind of sausage. Especially when you emulsify meat. Nice job!
P

What a great thread, thanks for putting in all the effort. Amazing what some do around here as well as taking the time and effort to share with the rest of us. Again very well done and thanks

Looks great. I would like to make some of that once I get my smoker going again.

Man that looks good and welcome back.

SFLsmkr1 said:
Man that looks good and welcome back.
Click to expand...

Thank you! Nice to see some familiar faces!

Awesome finish and as the others have said a great step by step post. 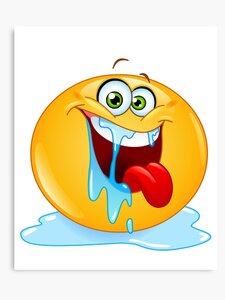 I was asked the difference if one were to use a food processor (instead of a 3mm fine plate) to achieve a finer, more emulsified bologna texture. There IS a difference in overall texture, appearance and 'feel.' Aside from having or not having a 3mm plate, personal preference plays into deciding which route to take. Both methods will produce good results.