Thanks for the links Chad

! The step by step pics were awesome! I was in Sam's Club last week and saw my first whole brisket and was at a loss as how to go about turning something that big into good eats

. We haven't ventured into the brisket zone yet but am hoping to try one this spring. Thanks again

Chad
Thanks for the link...cleared up a few questions I had....

One thing I would ad to any beef I smoke would be Fat. Fat adds flavor.
Think about a really lean 93% hamburger vs a hamburger from about 80% lean
the 80% burger always tastes better. I would leave the fat on and cook/smoke it with the fat up, the fat will melt down through the meat and give it even more flavor.

I am a firm believer that good qaulity meat has to have fat for a superior flavor when cooked ,trim it later.
I get lots of complaints from friends and customers about tough meats they experience ,only to find out they bought the leanest bright red beef they could find ( because they wanted lean ) and they just do not understand that the fat needs to be there while cooking....leave it on is my vote .

Wow, thanks for the helpful links. Will do this on Saturday!

Should you always trim like this or can you smoke the whole thing? 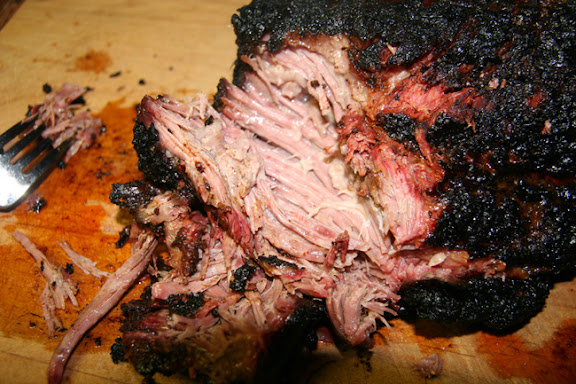 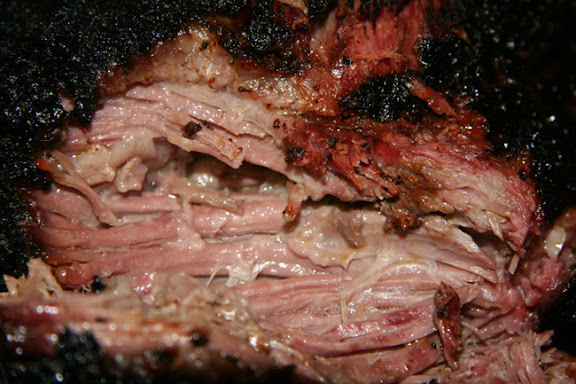 I trim the fat between point and flat to where it is barely connected. Trim most of the fat off the flat and find which direction the grain goes and then make a small cut off the corner showing which direction I will slice when it comes off. Cut is only about half inch in just enough to be recognized after cooking. Im no artist but here goes

smokaholic - simple damn picture but makes the point! Thankyou. Thats an idea I will be putting to use this weekend for sure.

some people use toothpicks to point the way. I like my method just a bit better I also throw that little piece in right next to brisket and in about an hour of smoking its a great little nibble LOL. Glad I could help.

When I trim a whole packer brisket, i usually only trim off the "hard" fat that I can feel along the top edge, and what feels hard between the point and flat. Still leaves plenty for flavoring!

Trimming starts about 2 minutes in

Great Info thanks for sharing

Good information and will use the tips

Yep Learned something that I did'nt do before. Worth the time to look through...

This video of Aaron Franklin teaching a course at Texas A&M is worth a look to see how he trims a brisket. I started doing this about a year ago, and really like the results.

The above video rexter shared is a snippet from a series of barbecue camps put on by A&M's Ag & Life Science Department.  They typically sell out within minutes of the opening enrollment, with some running around $4K per head.  It's a who's-who of Texas barbecue, and it's amazing that these legends check their egos at the door and are willing to freely impart their knowledge and experience with the participants.  One name, Robb Walsh, has written several books on Texas lore and cooking, not the least of which being "The Legends of Texas Barbecue"--a must read to understand the passion and devotion to this art form, is a participant.  Another incredible pitmaster, Tootsie Tomanetz, has been tending pits for nearly 50 years, and has been recognized as the best barbecue in Texas at Snow's where she has been since 2003.  This amazing woman in 2015 was invited to present at a barbecue town hall at A&M, bringing in the best of the best from all points.  She was there and presented all right, albeit a little difficult for her to do so:  she'd buried her husband of nearly 60 years the day before.  Below are links to the A&M series, a good read on Franklin, and an even better read on Tootsie.  Both stories are excellent:  for those who want to cut corners, take the easy way out, and fake smoke rings on meats, hopefully these stories will change their perspectives.  Enjoy.