I thought I grabbed a tri tip but it’s actually a 2.5# round tip.

Suggestions on how to smoke it?
Temp/time?
Still reverse sear when done?

Can you post a pic of the meat?
M

Here’s a couple of pics. I have a sous vide unit on the way thanks to

Inkbirdbbq .
Will go slow and steady then reverse sear and cut thin.
Thanks!

Yep..sous vide 125-130*F. I like to go 16-20 hours. And I like to smoke mine to 125^F INT and then sous vide.
If you do not pre smoke it, when cooking sous vide at that temp. range for a long time (+8hrs.) then you need to blanche the bag after you seal the roast in 180*F water for 10 minutes to kill any bacteria that you may transfer into the bag, otherwise, you will be incubating bacteria in the danger zone.

I never SV below 130 degrees, The lowest I go is 132, just to be on the safe side. If you check the pasteurization charts they don’t go below 130.
Here is a table that

I sometimes cook using a sous vide method of cooking. Like smoking, it is a low-temperature, slow-cook method. With sous vide, you place the thing to be cooked into a vacuum bag, and then put it into water that is held precisely at the temperature you want the food to be when it is fully cooked...
www.smokingmeatforums.com
Al
Last edited: Nov 29, 2020

Note that sometimes the danger zone is even considered to be up to 140°F (60°C) but that is based on building in a margin of error for restaurants, not the actual growth and death of the pathogens.

Cooking a piece of meat below 130°F (54.4°C) is the equivalent to letting it sit on your counter. It's fine for a few hours but it's not something you'll want to do all day. A generally accepted safe overall time in the danger zone, from leaving the fridge through cooking and eating is generally considered 3 to 4 hours.

Any piece of food that needs cooked longer than a few hours should be cooked at a minimum temperature of 130°F (54.4°C). If there is only one thing to remember about cooking in general, and sous vide cooking specifically, it's to not have your food between 40°F (4.4°C) and 130°F (54.4°C) for more than a few hours. 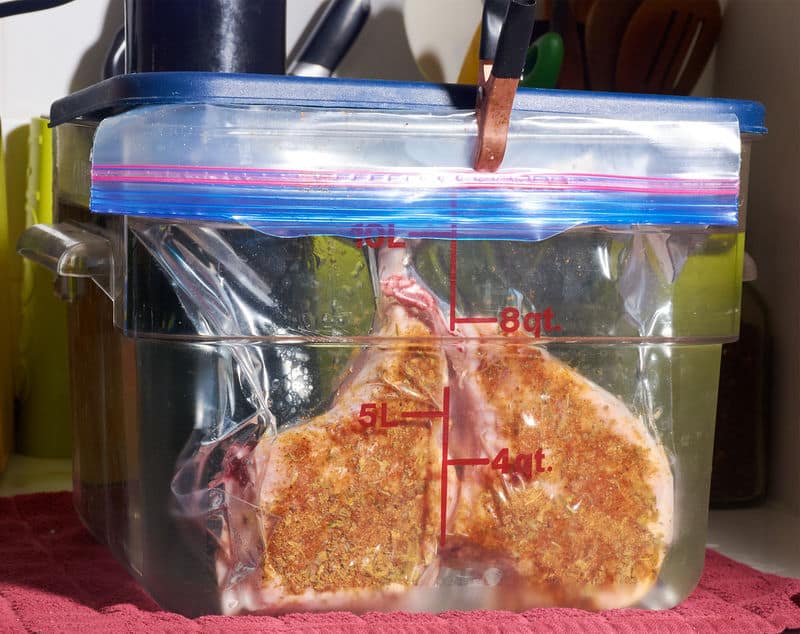 Here is my list of the crucial information that answers is sous vide safe. If you follow them, you will create amazing and safe food for the whole family. Amazing Food Made Easy

Bearcarver said:
And your "Source" is??? Link?

LOL--If you actually read the info from your "Source" you will see the "Scalding" thing was used to prevent Bad Smells, and not making it safe to SV below 130° for long periods of time.
Also note that the guy who did the tests of "Scalding to eliminate the Smell" used 131° or higher in all of his tests.

I read thru that source , and didn't see the above comment mentioned . Maybe I missed it , but the lowest temp I saw was 131 degrees .

I will concede that 125*F is probably not safe for long cooks in sous vide- especially if the meat is raw.... Should be higher than 126.1*F.
I actually did a sous vide smoked beef roast for t-day. 128*F for 28 hours. The smoke chamber ran 225-260*F but stayed around 230*F mostly. This killed off any pathogens on the surface of the meat. I went stratight from the smokehouse into a vac bag then sealed. Both the surface salt and the smoke helped keep the bacteria at bay I'm sure....