It's been a little slow and I thought I'd ask something I've been wondering about
Last year the Mrs. got me a PS4 for my birthday because she got tired of me rattling around the house like a bell clapper while we were shut down.
20+ years ago I was into computer games and built a couple of systems which were top shelf then but doorstops now.
I got tired of that like many of my hobbies.
Anyway, though I'm no good at it I get a kick out of playing now and then through the day. I get killed a lot!!
I was wondering if anyone else plays and what they play.
I like sci-fi types with a sense of humor.... 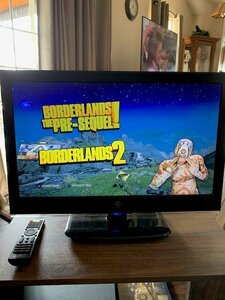 I have the Nintendo classic. And the N64 re-release. Like playing them from time to time. That's about as much gaming I do.

I have PS4. I play it from time to time…Call of Duty WWII. My son plays it the most…he likes Stars Wars Jedi Fallen Order.

Graphics are amazing from what I grew up to….Atari first, then Nintendo, then we had Sega Genesis.

My kids have Xbox ones and other stuff. I'd like to play as the games look awesome but it's too many buttons and combinations for me. I loved contra on Nintendo and can kick any of y'all's ass in Mario Cart on Wii or Nintendo switch

Lmao! Video games have come a long way since I was a kid! Remember the old atari game "tank" boy that was some graphics! I don't ever play but my son loves them...about 3 years ago my wife took him to Casper Wyoming for a tournament (he has friends there) him and his buddy took 1st place. I'd get killed too often and my thumbs don't move fast enough.

TNJAKE said:
My kids have Xbox ones and other stuff. I'd like to play as the games look awesome but it's too many buttons and combinations for me. I loved contra on Nintendo and can kick any of y'all's ass in Mario Cart on Wii or Nintendo switch
Click to expand...

Sounds like you and me are doing a Dance Off!

smokeymose said:
I was into computer games and built a couple of systems which were top shelf then but doorstops now.
Click to expand...

I was into it too . I have some muscle bound systems all built from scratch . I got into the water cooled over clocking and just abusing them to see what they would do . The tech advances so fast though .
I had 11 PC with 2 servers on a network in the house . All self taught . Kids loved it . Movies music and games they could play from the server in the house . We used to play Quake 3 and half life .
Like to have that money back . LOL .

Used to play Sonic with the kids. Other then that when I was younger. My neighborhood friend got Pong when it first came out. We wasted a whole summer playing that game. I was more into playing Foosball or pool.

gmc2003 said:
Used to play Sonic with the kids. Other then that when I was younger. My neighborhood friend got Pong when it first came out. We wasted a whole summer playing that game. I was more into playing Foosball or pool. Foos may be the devil, but I got alot of free beers playing.

I pretty much only play Bethesda games. I.e Elder Scrolls and Fallout franchise games. I got hooked on Elder Scrolls Morrowind close to twenty years ago, and then migrated to its successors Oblivion and Skyrim. Got into some of the Fallout games after that which are similar in structure. Of these, probably spent more time with Skyrim than any other. Its got to be ten years old or so, and I still enjoy playing it from time to time, and my daughter enjoys these games too.
M

As a teen in the 70's when they first came out, i enjoyed the heck out of Pong. Then when Space Invaders first showed up, I spent a huge amount of hours at a local Diner that had that one in their entry lobby. Funny thing most days when a friend and i went there to play during business hours, there was a salesman, in his 30's or more in there playing also, most days instead of working. Then Pacman and Ms Pacman, Stargate, Defender, Dig Dug, etc. Most of those type games from the late 70's to early 80's.
Later in life when my Son was 9 or 10 we played some games on the WII. Once he got the XBOX and forward I didn't play much after then. In the early 2000's I bought my own upright machine with 9 of my favorite games in it as mentioned above. I thought I'd be playing for 5+ hours at a time in my 40's like I did in my 20's. After 30 minutes my hands and shoulder hurt so much I couldn't play any longer. Who'd have thought? LOL. i still would love to pla those old ones, but no longer available.

Can't lie I play PS4 online fairly regularly. Usually the latest Call of Duty game. Play online with my GM at work and his dad.

Oh man I would love to have the time to play them. Used to play as a kid. All the consoles from Nintendo, Sega, PS1, then on to PC gaming. Wasted a lot of time playing Everquest.

I rarely play though as I'm the kind of person that throws myself into it and can't stand not to kick the crap out of a game or rise to a challenge haha.

These days during the pandemic I play once a week friendly online games of AmongUs with another online community I became a part of during the pandemic. I don't play it hard at all. It's more of a BS'ing and chatting with folks and just goofing off while playing something.
I do really well at it though but could do AMAZING at if I committed it but not going to do that.

Had there been e-sports and real gaming challenages and money making opportunities back when I played then I would have given it a shot. Used to win my hometowns BlockBuster game challenge and kick the crap out of 95% of the people I played in just about anygame... anything except pure racing. Can't figure out why I've always sucked at pure racing. Put some weapons or fighting in it and I'm great. Just can't do pure racing haha.

My daughter has friends in Omaha that buys, refurbishes, and sells video games that used to fill arcades. His basement and garage are full of them... it's fun to go play them!

Brokenhandle said:
My daughter has friends in Omaha that buys, refurbishes, and sells video games that used to fill arcades. His basement and garage are full of them... it's fun to go play them!

That sounds like a great way to kill several hours. I would love something like that. I used to go to aucuins that had a lot of the old games refurbished and it was stepping back in time.

The first computer I ever bought was a 286 bought just to game. I’ve had many since then. I usually upgrade at a minimum every three years, usually 2. I’ve been into sci fantasy games forever. Started back with games like Might and Magic, Baldurs Gate and Ultima. Started on the MMO’s with Everquest. I’ve played most of those , WoW, Elder Scrolls Online, and a host of others. Loved Dragons Dogma, all the Dragon Age and many others. Got to the point where they took too much time so took a break them for about a year or so. I’m going to play a couple this winter but no MMO. Going to play Red Dead Redemption 2 , Greedfall and maybe the Assasins Creed Viking one. Also wouldn’t mind trying a new Witcher when it comes out. My current rig is a 17” MSI Dragon laptop with 32g ram and an Nvidia GTX980. With work travel I always spent the dough on high end laptops. With travel much reduced I’ve been eyeballing a new desktop. Going to get someone with an Nvidia 3080 TI sooner or later.

Had the Atari when it first came out 40 some years ago. PAC-Man, baby! Got over that. Now days when board I tend the smokehouse. So much more productive. Each their own though.

Comadore 64? Intelivision? My father was/is an IT computer guy from back when computers weighed more than me. He had great computers, I was never aloud to game on them. Nintendo... Yup. Sega Genisis... Yup. Nintendo 64... Think my brother stole it.

I'm an avid gamer, Been playing since the days of Atari as a child. Huge into MMO's, Currently playing Elder Scrolls online and Fallout 76 on the PC
if you like Sci-fi games, check out the fallout series those are alot of fun.
You must log in or register to reply here.
Share:
Reddit Pinterest Tumblr WhatsApp Email Link